Effective training is critical for the development of a successful sales team. Discover how we boosted our sales by nearly 70% with these four methods.
Reading Time: 4 minutes This article was originally published on Harvard Business Review on March 20th, 2018.

Not long ago, my company was the king of ineffective sales training. We’d hire and onboard reps and then train them in a hurried few weeks dedicated to shadowing sales calls, reading call scripts, and learning how to handle objections. As the company grew, however, I found that individual sales approaches were wildly different. Our reps answered questions inconsistently, and prospects underwent entirely divergent experiences. It became increasingly obvious that our haphazard training model would lead to inconsistent rep ramp-up time, continued customer expectation problems, customer churn, and employee turnover.

But last year, we adopted the following four training methods to improve sales training and since then, we’ve vastly increased our performance: after two months of my team’s updated practice-based model, we increased our new sales by nearly 70%.

1. Include leaders in practice sessions. Salespeople need their leaders to model success for them. Research published in the journal Frontiers in Psychology shows that when employees view their leaders as empowering and capable, they work more proactively.

When we implemented these practices, I jumped into the hot seat first. I acted as the salesperson while my sales team threw curveball objections my way for 45 minutes. If I’m not too good to practice, my salespeople aren’t, either. I still regularly jump into sales call practices to demonstrate this and to bond with the team.

2. Make practice harder than the sale itself. Softball scenarios in which the “prospect” asks only a handful of easy questions are a waste of time. Make practice harder than a real sales call so salespeople are prepared for any conversation. Have reps practice in front of their peers. Don’t help them when they get stuck; wait for them to recover. Don’t let them break out of their roles by feeding them answers. Ask follow-up questions until they find solutions themselves.

With this strategy, practice is essentially a type of exposure therapy. A study by NYU researchers gave participants small shocks while showing them an image of a blue square to create an unconscious fear response to the image. Then, they removed the fear by repeatedly and consistently showing participants the image without giving any shocks.

Similarly, when sales reps practice hard sales calls without the pressure of having a client on the line, they’re working to fight off an automatic negative response to tough questions. When that real sales call comes, they’ll be prepared to handle it without panicking.

3. Practice the entire sales cycle, not just the first call. All sales training programs include practicing initial sales calls, but practicing the calls that follow is less common. Spend time going over the follow-up message, the second sales call, and every call after. Great sales teams excel in all interactions, so practice even seemingly obvious encounters.

The principle at work is “overlearning.” Alaa Ahmed, an assistant professor at the University of Colorado-Boulder, worked with a team to study how overlearning a task affects task performance. By asking participants to repeatedly use a robotic arm to move a cursor on a screen, they found that subjects exerted less effort to successfully complete the task as they practiced. Even if it seems unnecessary to practice daily tasks like sending follow-up emails, the reinforcement makes task completion faster and more successful with less effort.

Uniform practicing across our sales team enabled our calls to become more consistent. Our reps shifted from spending 60-65% of their time talking to spending that proportion of their time listening to prospects instead. This practicing and perspective shift helped reduce customer churn by 70% in just two months.

4. Have the highest performers practice, too. Include even the best reps in practice and coaching efforts. While the most skilled salespeople’s calls are undoubtedly good, a true practice culture means no one should be exempt.

The data agrees: A study published in Performance Improvement Quarterly revealed that, controlling for sales experience and tenure, a coached salesperson displays superior performance, with coaching accounting for 2.9% to 6.2% of the performance difference between employees. We saw the effects of coaching in our work, too, as we’ve seen from our vastly improved sales rate.

Growing a great company means merely good sales calls and simple training won’t cut it. Implement a thorough practice program to help your salespeople hone their skills until they’re sharper than ever.

We’ve compiled a video series on some of our best practices, called the One Call Close – led by Sapper founder and CEO Jeff Winters. Click here to download. 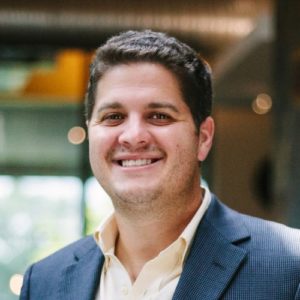